The National Archives, Kathmandu hosts the microfilm collections created by the Nepal-German Manuscript Preservation Project (NGMPP, 1970-2001). (The other host is the Staatsbibliothek, Berlin, where copies are only issued to scholars of German nationality because of the Nepal-German contract terms.)

In 2003, the successor Nepal-German Manuscript Cataloguing Project (NGMCP, 2002-2014) published printed handlists of the index cards that were prepared during the filming process of the NGMPP:

Some more details of these volumes are given at the NGMCP website.

Subsequently, these short entries were converted into,

These resources are available at the NGMCP search website.

A database based on the short-title catalogues is also hosted at the NAK. (Some diacritical marks are encoded in non-standard ways, making searching erratic.)

The NGMCP online catalogue gives so-called "Accession numbers" for the manuscripts, in the general format of 9/9999 (number, slash, number). However, personal inspection of the library by Madhusudan Rimal confirms that these numbers are also the way the MSS are arranged on the library shelves. So they are shelf numbers too. 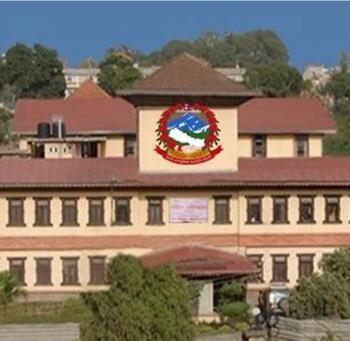